Listen to the podcast here.

Joanie Connell, your host of REAL Life Lessons, has a conversation with Aaron Levy, CEO of Raise The Bar Consulting, on understanding how to keep your Millennial employees.

The Millennial generation is profoundly influencing our society in many ways that may impact your business a great deal. According to a recent Pew Research study, Millennials are currently the largest generation in the workplace in the United States.  They outnumber both Generation X and Baby Boomer workers. By the year 2020, they will have more than 50 percent of all jobs.

The BizWiz podcast is a short, 15 minute interview on a targeted business issue.  In this episode, Doug Sandler interviews Joanie Connell on Millennials at work.

Questions you’ll get answers to:

I am pleased to support my fellow Generations Expert and San Diegan, Dan Negroni, by sharing some of his tips with you in this post.

We all catch ourselves complaining about the “other” generation—millennials, boomers, Xers, you name it.  Dan says:

END_OF_DOCUMENT_TOKEN_TO_BE_REPLACED

Women Lead Radio interview–Tips especially for young women in the workplace from Flying without a Helicopter: How to Prepare Young People for Work and Life.

“Dr. Connell shares different perspectives of how to approach the generation gap with colleagues. Also, how to dispel and replace negative perceptions with empowering solutions that help people achieve their highest potential in all stages of life.”

Listen to the interview.

“[Gen X women] were raised during the women’s movement and were led to believe they could have it all, but, once they started working full-time, they realized it wasn’t possible to have it all, Connell says. Millennial women, on the other hand, saw their first female Supreme Court justice and their first female secretary of state while they were children, making it seem that anything is possible.” 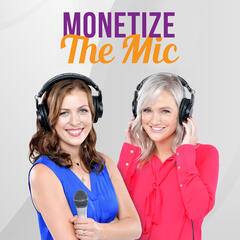 On this episode of Rhodes to Success, Jessica interviews Dr. Joanie Connell. During the show, Jessica and Joanie discuss helicopter parenting, generational differences in the workplace, what makes a great leader, how to help employees be resilient, and how to find a career that excites you.

What are we doing to our children? They are counting on us to raise them to be healthy, capable adults. They are depending on us to put our own needs aside in the interest of theirs.

But look at how selfish we are!

We placate our distress by keeping our children happy instead of robust.

We live our joys through what we deem as worthy achievements for our kids instead of letting them live their own dreams.

We make money by causing mass anxiety through media and product marketing instead of letting parents believe in themselves and their kids.

We drain the earth’s resources to make ourselves comfortable instead of leaving enough for subsequent generations.

We create personal and national debt, instead of saving for our populace’s future.

What have we done? How can we continue to do this? Why are we blaming the younger generations for our selfishness? Who’s the entitled generation really?